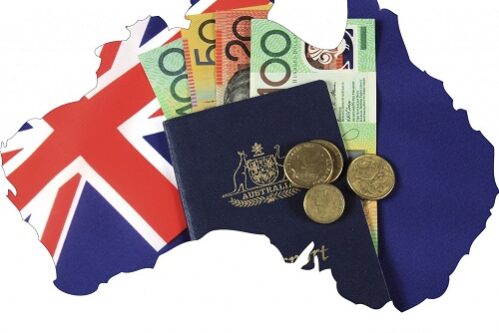 As financial advisors in Perth, it is our job to know everything we can about the economy. At Approved Financial Planners, we spend a lot of time talking to clients and peers about minute details of events affecting the economy.

As you may have guessed, it hasn’t always been fun and games, starting with the end of the mining boom in WA. Even though the economy has been doing much better as of late, there is still no shortage of naysayers predicting doom and gloom for the Australian economy.

Recently, Dr Shane Oliver, the Chief Economist of AMP Capital, our parent company, published a piece on the “Oliver’s Insights” section of the company blog called, “The Australian economy – seven reasons not to be too gloomy.” The piece provided contextual background for why the naysayers are so persistent, then gave seven reasons why the economy is in better shape than the naysayers think. We would like to provide a summary for you.*

While the March quarter showed a 0.9% growth in the Gross Domestic Product (GDP), annual growth is stuck at 2.3% where economists would rather see it between 3% and 3.25%. If one takes into consideration that net exports were responsible for 0.4% and inventories were responsible for 0.3%, domestic final demand was nearly flat for the March quarter and only 1.1% year to year.*

But is it really that bad? Here are seven reasons to be optimistic.

Four years ago, it would have cost roughly $750 more per month more to pay a home loan on $350,000. Those who rely on higher interest rates from their bank deposits are losing revenue, but the deficit between what Australians owe banks and what banks owe Australians is approximately $1.2 trillion. That means a lot more in low interest is benefiting consumers than hurting them. Better yet, much of the revenue not going towards interest is being cycled back into the economy.*

For the year ending May 2015, housing prices are up 9%. Balanced growth superannuation funds are showing return rates of 14%. The Australian share market is providing returns of 10%. This all benefits spending.*

Petrol prices are lower than at their peak. While they aren’t as low as they were at the beginning of the year, they are still not as high as they were. This helps households and businesses save money.*

The rate of household savings is currently at 8.3%. This can often support spending.*

This may seem counterintuitive, but when the $A is worth less, it is a boon for market segments such as tourism, mining, farming, manufacturing, education and services. Our tourism and education exports took a bath when the $A was higher than parity, but both have reached record high levels since the $A has gone down. *

Our export volumes are up 8.1% year on year. The main driver is more completed resource projects and the lower $A making the prices more competitive on the international market. The GDP’s account deficit share is at a 30 year record low. *

We managed the mining boom much better than previous generations managed other booms. Previous booms led to deficit blow-ours, runaway inflation or both. This created an imbalance where all market segments boomed together and subsequently busted together. During the mining boom, there was no imbalance. This has made the economy more stable in the wake of the mining contraction.*

Now that you know it isn’t all gloom and doom, call Approved Financial Planners for a free consult. It’s never too early to start planning your finances or your retirement.

*AMP Capital, 3 June 2015, Oliver’s Insights. “The Australian economy–seven reasons not to be too gloomy.”