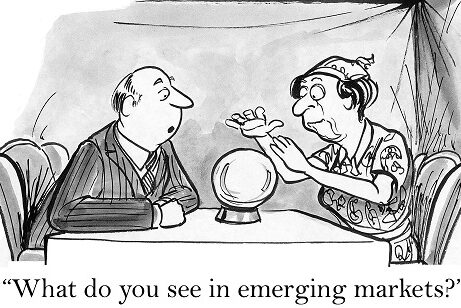 The financial advisors for our clients in the Perth area would like to discuss emerging markets with you. Recently, our parent company AMP Capital covered this on their website. We would like to provide you with some highlights from the article, written by AMP Capital Investment Strategist Callum Thomas. *

According to Mr Thomas, investor sentiment in emerging markets is deteriorating, due to somewhat softer growth in those markets. Mr Thomas questions whether or not those fears are warranted. *

A recent survey of AMP Capital fund managers determined that 75% of them perceive the possibility of an emerging market debt crisis or a recession in China to be the tail risk that causes them the most concern. *

According to Mr Thomas, there are four main reasons that emerging markets have “come under pressure”: *

Growth in China is slowing. *

Commodity prices have “collapsed,” affecting the earnings of those who produce commodities. *

Trade has declined, especially in places such as Taiwan and Korea, who are “particularly reliant on trade.” *

Countries such as Russia and Brazil have been forced to raise interest rates due to a “collapse” in their currencies. *

Mr Thomas cites “weakening economic prospects” and “financial vulnerabilities” in emerging markets such as Malaysia, Turkey, Russia, South Africa and Brazil as “fueling fears” concerning emerging markets. He sees asset allocations in those markets as “significantly underweight” and thinks they may get worse. However, he does see them rallying eventually. At this point in time, though, developed economies in general are “faring better” than emerging markets. *

Call the Professional Financial Advisors in Our Perth Office

At Approved Financial Planners, we offer a full slate of financial services. We have more than 40 years combined experience providing financial services to the Perth market. To learn more or for an individual consult, call us today: 08 6462 0888.