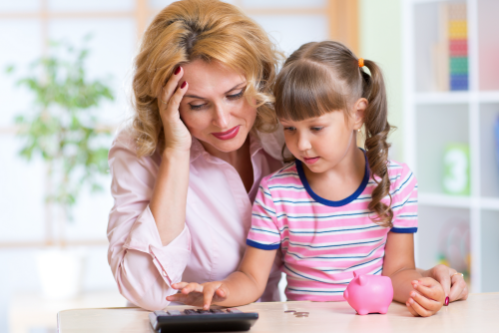 Any Perth financial planner can tell you that it’s never too early to start saving money, but we are serious about it. We believe that children should be taught good financial habits as early as possible. MoneySmart, the website of the Australian Securities & Investments Commission (ASIC), agrees with us.

Recently, we spent some time on the ASIC website and looked at an article called “Teaching Kids About Money.” According to ASIC, it is more important to teach kids about money now than in any previous generation. They believe that teaching kids about money will help them make better decisions as adults.

ASIC recommends teaching children how to budget, spend and save money as early as possible. They see it as a vital part of a child’s development. They have a video on the website called “Teaching kids how to budget to become financially savvy.” We recommend this video to children. Not only does it do exactly what it says, it also tells children about two MoneySmart apps: Budget Planner and TrackMySpend.

ASIC also recommends teaching kids about money to counteract the fact that a majority of transactions are now with credit cards or “invisible money.” This can make it more difficult for a child to understand the concept of money because they don’t see it being physically spent as often as previous generations did.

To help children overcome the fact that so much money is now “invisible,” ASIC has produced a video called “Money Makes the World Go Around,” which explains various concepts of money to children to compensate for it not being as big a part of their world as it was in previous years.*

You can teach your kids about money at the ATM, the store, while paying bills or while creating a budget. To learn more or to talk to a financial advisor, call our Perth office today: 08 6462 0888.